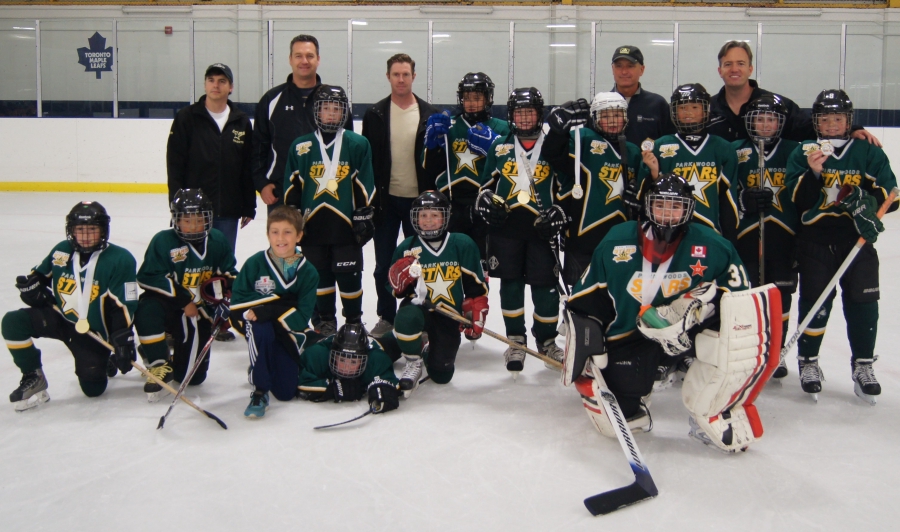 Oct. 12, 2014 – The Parkwoods Minor Peewee Stars finished as finalists in the Don Mills Thanksgiving tournament. After going 2-1 in the round-robin with wins over Don Mills and Meadowvale, the Stars lost a tight 2-1 battle against Thornhill in the final. 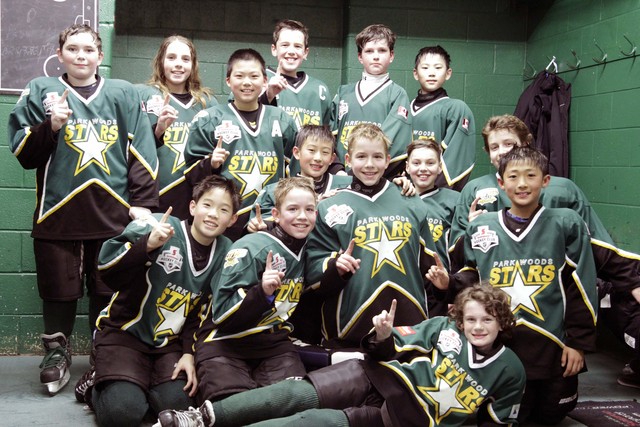 Thursday, April 10, 2014 – The Parkwoods Minor Peewee Stars won the NYHL Tier 1 Championship tonight with a thrilling 1-0 win over Vaughan Blue in game 3 of the Finals. The Stars won game 1 by a score of 3-1 before losing game 2 4-2, setting ut an epic battle in game 3. 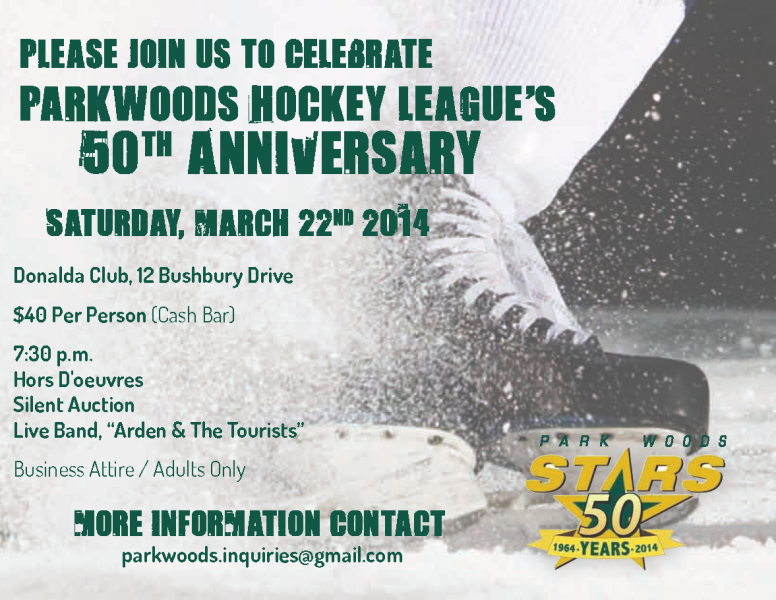 Parkwoods will be hosting a 50th Anniversary Celebration on Saturday, March 22 at Donalda Club.

We hope you’ll come celebrate with us!!

The document Parkwoods 50th Celebration was attached to this post. 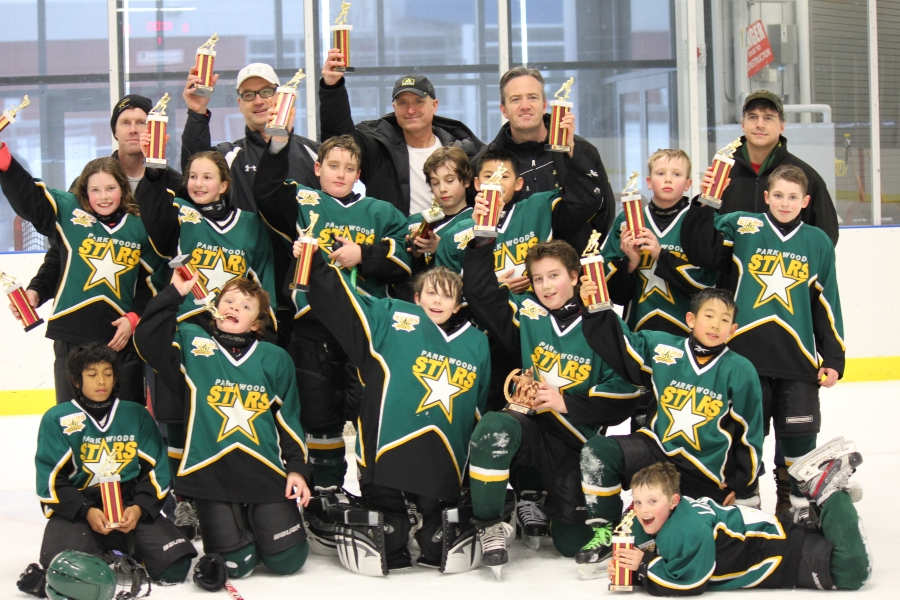 February 9, 2014 – The Parkwoods Atom Stars finished as finalists in the Leaside Invitational tournament this weekend. After a 2-1 loss to Leaside in their first round-robin game, the Stars won their last two round-robin games to earn their spot in the finals against Leaside. The final was tied 1-1 very late in the 2nd period, but the Stars came up a bit short in the end.

A terrific effort by our Stars !!! 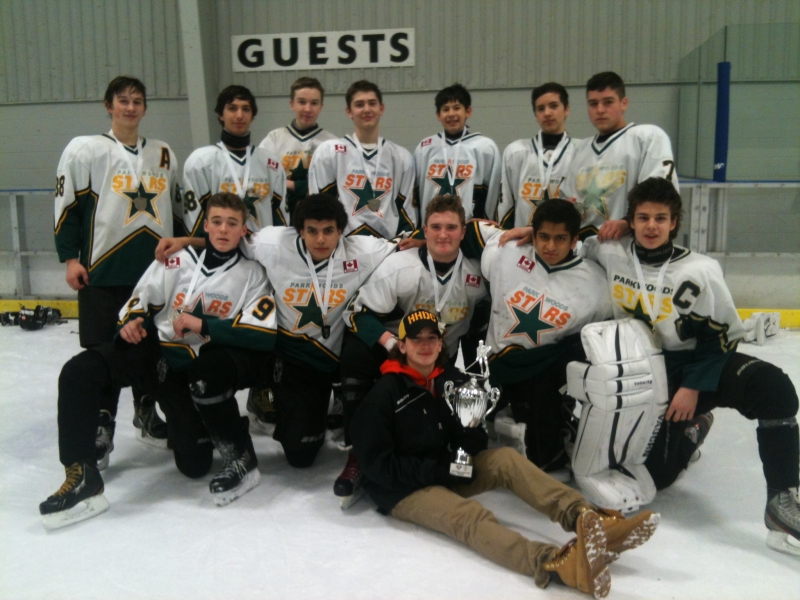 February 2, 2014 – The Parkwoods Minor Midget Stars finished as finalists in the Byron Optimist Cup in West London. After a thrilling 3-2 win in the semi-finals over the previously unbeaten Oakville Chiefs, the Stars came up just a bit short in the finals, losing 2-0 to Vaughan Rangers.

A fantastic effort from our Stars !!